Stories around the Campfire

Dr Benjamin Brecht (Formerly Dept of Physics) took part in the 'Stories Around the Campfire' at the Curiosity Carnival, and talks about how the experience opened his eyes to the interest the public has in research. 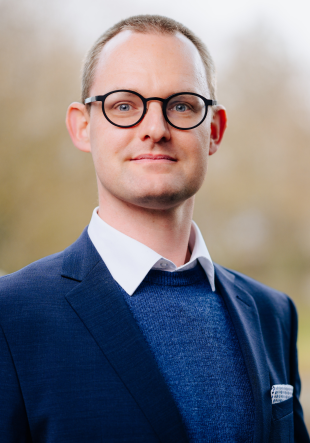 I am working in quantum optics, on a European research project called QCUMbER. We’re researching new ways to encode individual photons with more information so that we can meet the increasing demands of digital communication. Because photons are quantum particles they have special properties that enable them to exist in several states at once, and this enables us to encode information as spectra of light – what we call ‘quantum rainbows’.

Quantum physics opens a window to a world where extraordinary things happen that cannot be explained by our everyday experience. If we can harness these exciting phenomena, we can build new technologies like quantum computers that outperform their existing, classical counterparts. This vision of the future fascinates me and makes me want to add my small contribution to the pool of outstanding ideas.

With Oxford Sparks we had just made an animation about QCUMbER called ‘What are Quantum Rainbows?’, and after that Michaela (MPLS Public Engagement Facilitator) asked me if I would like to participate in Curiosity Carnival.

For me personally it’s important to engage with the public for two reasons. The first reason is a very pragmatic one: we’re spending taxpayers’ money, so they should know what we are spending it on, and to tell them we have to convey it in a way that is understandable for non-specialists.

The second reason is that it helps me unclutter my thoughts about my research. I figure that you’ve only understood a topic once you can explain it to somebody who is not in the field, because then you’ve broken it down to the core message. As researchers we are very focussed on details and subtleties, which are absolutely not the overall aim of our research. The aim is not to solve an incredibly specialised puzzle – it’s to achieve something much more generalised and tangible. The details are not the interesting point; they are not what someone needs to know in order to understand what this is all aiming towards.

What was the activity you took part in?

I took part in ‘Stories round the Campfire’ in a room at the Natural History Museum. There were six or seven of us from different research fields, and we told two stories in a row followed by a short break to give the audience a chance to move in and out. We tried to keep the stories short – five minutes maximum.

The story I told was a bit of physics history. It was the story of Schrödinger’s cat. This is a thought experiment about a cat in a locked box whose life depends on whether a radioactive atom has decayed or not. It was proposed by Schrödinger to demonstrate the concept of quantum entanglement, and lots of people know at least the idea of it – that the cat is both dead and alive at the same time until you open the box and observe whether the atom has decayed.

In my story, there were three main physicists involved in the debate about quantum entanglement: Heisenberg, Einstein and Schrödinger himself. It obviously never happened this way, but I told it as if they were sitting around a table and having a discussion. I used only their first names, and then right at the end I gave the surnames and said ‘Schrödinger’s cat’ – and I got the feeling that people then made the link with the phrase they had heard before. Some people were amazed that Schrödinger’s cat was a real thing in physics and made comments like ‘I’ve heard about that before on Big Bang Theory and I thought it was made up!’

Through the evening we had a small but constant audience and I got the impression that people liked the format – having a series of short stories told in an exciting way. People were asking questions, which is always a good sign because it means they really are interested.

I don’t think there were any challenges. We could have put up a few more posters directing people to the room, because it was in a bit of a hidden corner of the museum. But I think other than that it worked well.

The main thing I took out of it was this weird thing of recognising that people found my work absolutely amazing. The other storytellers were people working with lions in Africa, or in the Amazon rainforest, or with Ebola, and they were all telling stories from the field – encounters with lions at night, and that kind of thing – and I thought: well, here comes the physicist talking about Schrödinger’s cat! That’s going to be a story!! But the listeners were absolutely thrilled. So this everyday thing that I thought was totally boring really got people excited, whereas the other storytellers also thought ‘What can I actually tell? I’m working in the Amazon, there are snakes there, everybody knows that, is it really so interesting?’ I think after Curiosity Carnival my view would be that there is very little in research that you can’t make interesting to an outside audience.

I think the first thing would be that everybody has a story that somebody else would find interesting. I was worried about that the most, really. But everybody has it, because what we see as daily work, as routine, is still new and interesting and exciting for other people.

The second thing would be not to worry too much. The people at ‘Stories round the campfire’ were there because they wanted to be there, they wanted to hear the stories, and they projected those feelings, and once you get that kind of attention it comes very naturally. It can feel scary because you’ve never done it before – it’s like a first-time conference presentation, it’s incredibly scary at first, and then after a while you find that no one is going to hurt you! The same is true for public engagement.

Recently I took part in a three-day EPSRC ‘public dialogue’ event about the UK’s quantum hubs, where the audience was deliberately selected to be as representative as possible. They heard about the reasons for the hubs, and were shown the research they were doing, and then discussed what they thought the implications of quantum technologies would be for society, and their hopes and fears.

After only two days’ introduction they were really in a position to think ‘What does this mean?’ and to discuss the impact on their everyday lives. I was pretty amazed by that. It shows that people can get to grips with complicated ideas without specialist knowledge. This kind of event can give important feedback for us as scientists, because the general public will have totally different ideas of what to do with these technologies and where the dangers might be, which is something we can incorporate into the research. But we only get that if we explicitly ask for it, and take on the effort of explaining our research so that people can understand what we’re doing.

This case study was written by Sarah Loving. Dr Benjamin Brecht is now at Paderborn University.